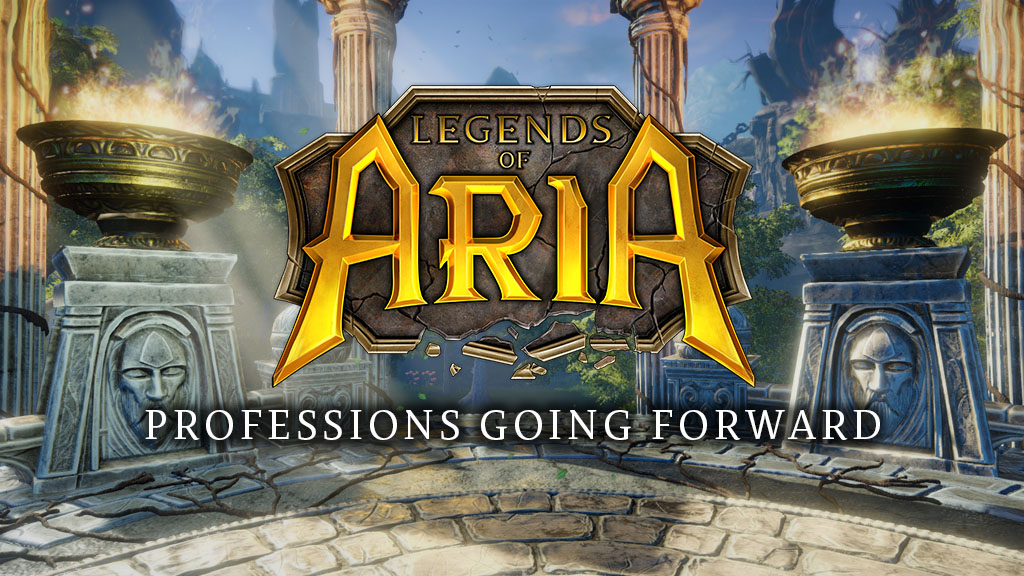 The introduction of Professions was a fundamental change to how we distribute abilities. A week into this change we’d like to take the opportunity to go into a little more detail as to why we made these changes and what to expect from the Profession system going forward.

In the previous iteration, abilities asked for a smaller requirement of skills specific to each individual ability and often for specific requirements such as a type of armor of weapon equipped. This was problematic for a number of reasons:

Firstly, players were building templates around incomplete skills. This was never our intention yet it became possible, through the greater utility of abilities, for a character to sacrifice upto 200 points on their build purely to unlock the utility of certain abilities. We strongly believe in players fully developing their characters and creating builds out of complete skills and have no intention of balancing lesser trained characters versus trained characters.

Secondly, players had access to ability groupings which were simply too powerful and required greater and greater arbitrary restraints to manage. We attempted to separate these through stricter skill allocations and situational requirements based on equipped items, but invisible requirements and tough skill restrictions brought down the aesthetic of our systems, were not intuitive, and produced a tug of war between ‘ugly’ and broken. We learnt our lesson.

Finally, and by far most importantly, we did this to return variance to viable builds. Previously, ability requirements were dictating some pretty staple meta, two or three builds which dominated in PvP, which generated no real group dynamics and which overshadowed the vast range of potential for different templates to come to the fore.

For us character skills should always take precedence over abilities and we knew we needed to find a way to reflect this in how abilities are distributed and selected.

The primary purpose of Professions is to inform, guide, and reward. Professions are not a monolithic one stop shop for character creation, but instead as a source of information for character building, for content and to distribute profession abilities on top of the most utilised character templates.Our founding released in the latest Steam update offers the most quintessential of these.

The overwhelming majority of characters in Legends of Aria (at least since our correction to ability gaming) conform to a skill selection of 4 and 2, 4 of the core skills required for base characters in Legends of Aria such as the Fighter or Mage, followed by 2 additional skills where a player may choose to hybrid towards the Fighter class as Mage or vice versa. Whilst this setup is by no means mandatory and players can choose to build as they wish, it is an overwhelmingly common base for most characters and in a roleplay sense, the requirement for your character to be specialised enough in their chosen role.

Why 4 core skills? Well let’s look at the Fighter. A fighter requires his weapon skill for accuracy, Vigor and Martial Prowess for damage and the availability of a healing skill. The natural choice is of course healing as healing synergises with Vigor for effectiveness. This is the foundation of the Fighter profession. Similarly for a mage, a mage will require Evocation and Manifestation for spell success, Magic Affinity for damage and Channeling for mana regeneration. This is the basis for the Mage profession.

Characters are still free to diversify into more hybrid templates of the Fighter Profession plus Manifestation and Channelling to become the Warrior Channeler or Evocation and Affinity to become a Spellsword. Such hybrid professions we intend to amplify as we expand our profession system to include Advanced Professions, rewarding choices with titles and abilities where appropriate.

Players can also utilise specialised fully Hybrid character setups and these are a little tricky. We want these templates to be the exception, not the rule. In achieving this, we must tread very carefully with respect to distributing abilities with loose requirements; we will not make the same mistake again of being too liberal with these requirements. We are experimenting with ‘Jack of all trades’ type abilities and professions which will offer competitive and meaningful choices for players who want to tear up the rulebook and try something special. Look out for these on the test server going forward and your feedback and playtesting will be needed.

Our onus is to prioritise skills over abilities and all of our efforts will be ensuring that we recognise and expand existing templates chosen by you and offer incentives towards them; we do not wish to create monolithic templates chosen for overpowered abilities – it’s imperative to us that you have as many choices with respect to how to play your character and to ensure that abilities are balanced such that you are free to make those choices. Whilst it’s true that Mage and Fighter form the initial offering of our Profession System, this is just part of the process of refactoring our ability platform as we move forward. There’s lots to come.

Ahead of upcoming Point Releases we will be pushing our further development of the Profession system to test center for feedback and testing. We appreciate concerns we’ve heard from players that this was not offered for our last patch ahead of the Steam launch, but rest assured that these changes were in response to addressing ongoing balance concerns and, most importantly, ripping off the bandaid in allowing us to realise our vision for abilities and character building in Legends of Aria. We cannot emphasize enough how important these changes were to give us the freedom to bring you more meaningful choices in playing Legends of Aria.

Players can expect Advanced Professions and the inclusion of more General professions hinted at earlier to hit our upcoming test center over the coming weeks. We understand that everyone is busy in game following the latest launch so we will be scheduling specific play times to allow you to get in the game with our designers and give direct feedback and playtesting on upcoming features.