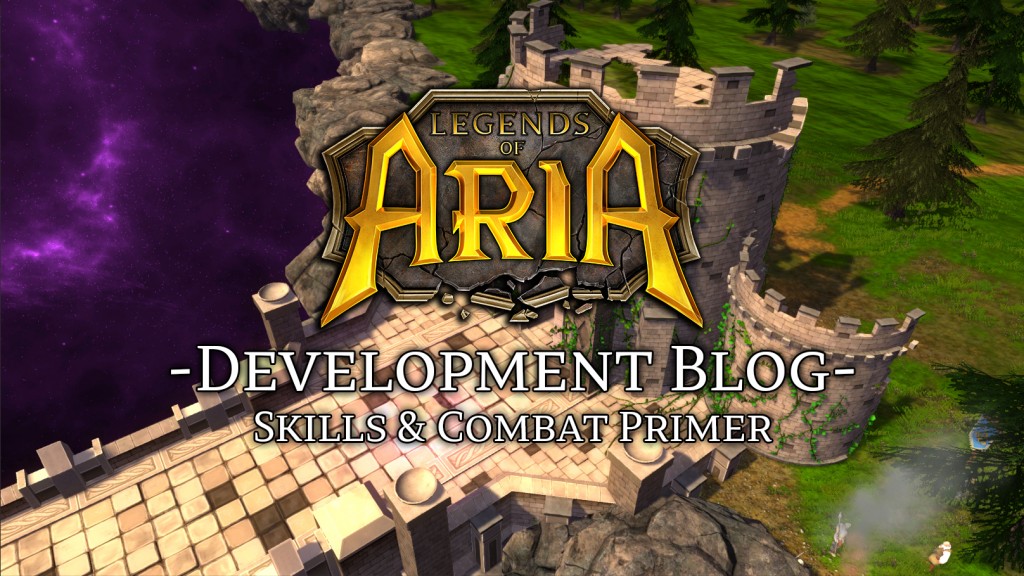 Welcome to the first edition of the Legends of Aria Development Blog.

We’ll be posting updates bi-weekly, keeping you up to date with our developments and designs for Legends of Aria. This week we’d like to offer you a Primer for Combat & Skills in Legends of Aria. This will be a foreword to our next Development Blog which will take a much deeper look at our skill and combat changes ahead of our April 28th Alpha 2 launch.

We hope this will give existing and former testers of Shards Online an insight into the evolution of Legends of Aria and what to expect in the comings weeks.

From Shards of Aria…

The Shards Online combat system was born from a very simple system, built to facilitate increasing complexity in design and maintain modularity for customization. Over the brief years of development, combat became increasingly complex as we established a proving ground to test different implementations, technical combat, action orientated abilities and creating new skill dynamics to create unique templates and to break normal conventions. Those who have tested with us throughout our development will have experienced these changes and your feedback has been an invaluable asset in our development.

Our conclusion at the end of our Shards Online Alpha was that we had taken combat many interesting places and stretched the possibilities within our engine. Our systems had become overly complex as a result of years of ongoing live development. To realise the combat dynamics and the relationships between skill choices that we desired, we needed to engage in substantial change. 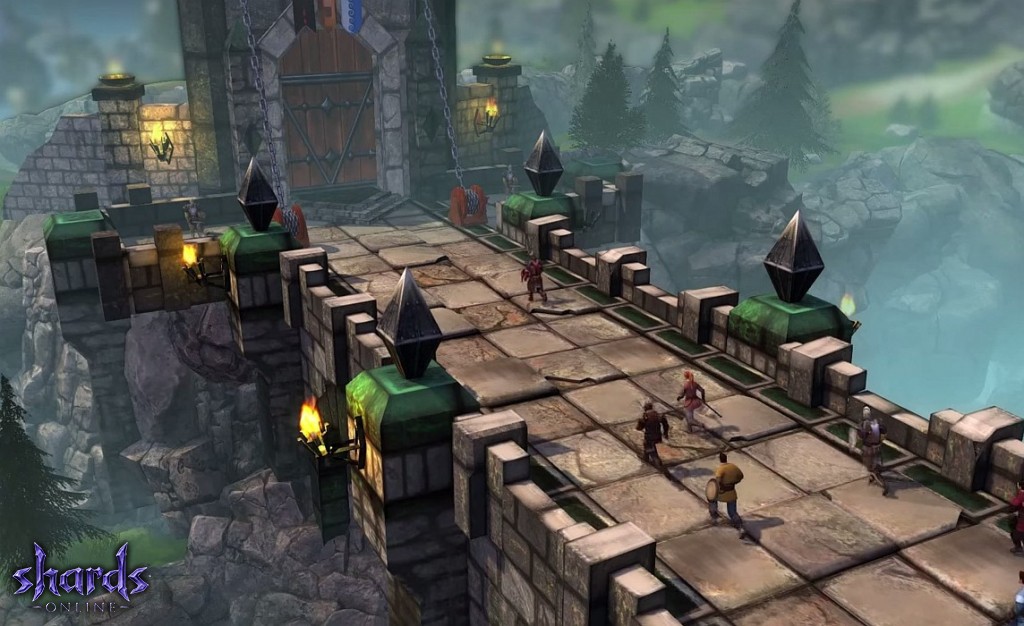 Sanctuary arrived as somewhat of an inevitability. In our small team we have both former Lead Developers from Ultima Online as well as several very keen former Ultima Online players, the latter began work on an old-school style shard in their free time to flex their coding muscles. With an in-studio intrigue as to how the enigma of a legacy shard would play in the Shards Engine, we launched the Sanctuary Beta. This was largely a proof of concept to showcase what we were able to create using the Shards Engine in a relatively small period of time.

During Sanctuary’s brief period, it became immediately apparent to us that there was something here that we had overlooked. Players were playing Sanctuary how we wanted them to play Shards Online. Yet Sanctuary still drastically lacked precisely that which we were designing for Shards Online, expansive and dynamic gameplay to bring the genre back to the modern gamer.

This was not a back to the drawing board situation as much as a eureka moment. In as much as Sanctuary had fed our nostalgia for times passed, it placed a renewed emphasis on our goals for Shards Online which we had not yet achieved. 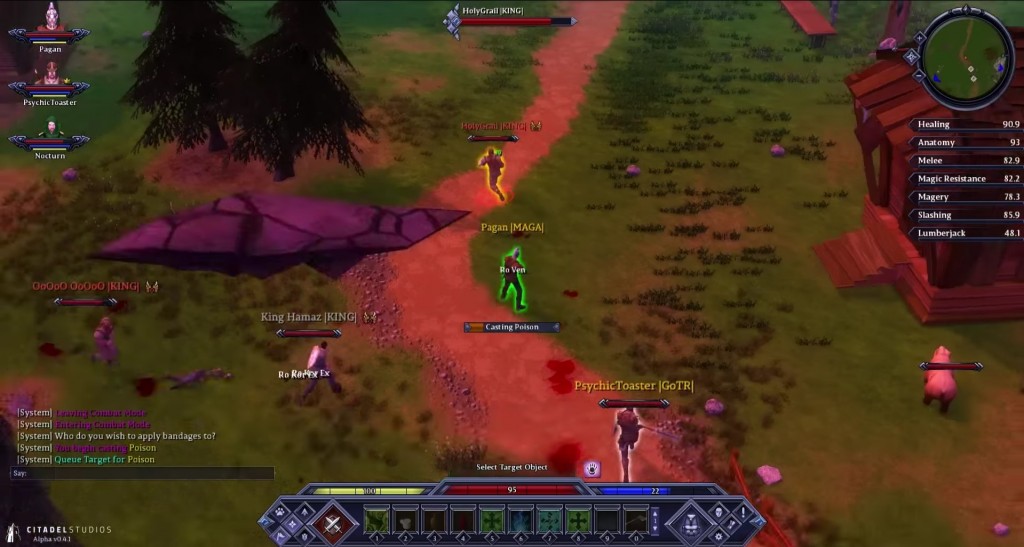 to Legends of Aria.

Legends of of Aria is a unique and fresh take on our predecessors, Shards of Aria and Sanctuary.

Combat is a departure in many ways from Shards Online, utilising much simpler core mechanics under the hood. Core gameplay outcomes feel similar to Sanctuary, fast and exhilarating combat, open character development and a simple but rewarding sense of character progression. There are however substantial differences between Sanctuary and Legends of Aria. Through rejuvenating antiquated implementations and our developments in Shards Online, we feel that we have the game to create a modern take on a classic genre.

We’re going back to our roots in many ways, revisiting our original goals for the combat/skill system and we have created something which we’re very excited about. 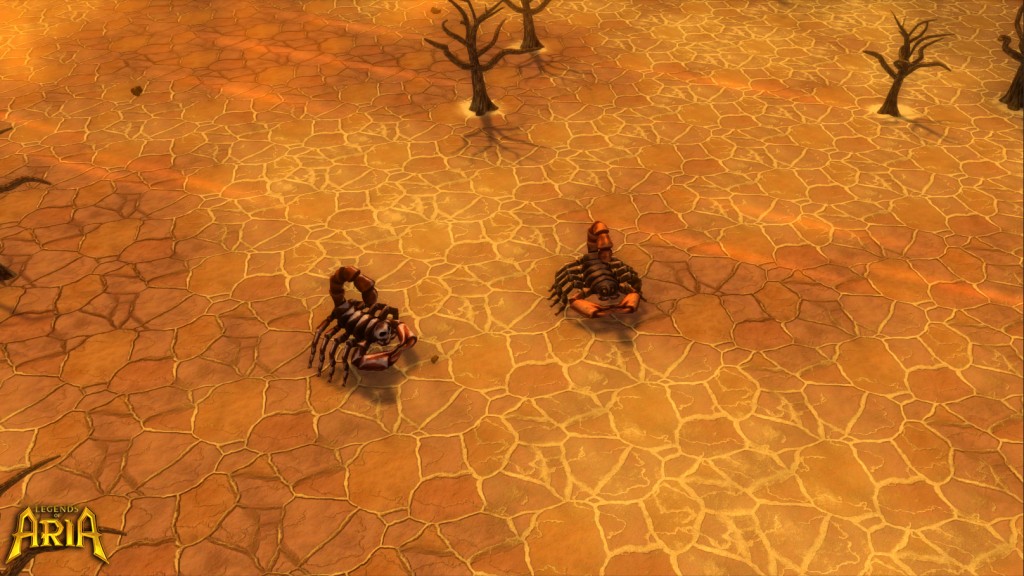 Before we tackle our new implementations in our next Development Blog, we’re offering an overview of some of the core system changes coming to Aria. This is not an exhaustive list, but a sample of the depth of change underway.

We have removed many unknowns within our combat system. Combat in Legends of Aria gives players a more intuitive environment to feel confident in character building and in control of combat encounters.

Legends of Aria features an overhaul of the vast majority of spells & combat abilities. Combat abilities in particular have received a switch in focus from primarily damage abilities to both defensive and offensive utility. Greater damage is being applied to natural weapon swings and your use and timing of weapon abilities can make all the difference in combat engagements. This has a big effect on increasing the mobility and pace of combat.

A true ‘use based’ skill system

Training skills in Legends of Aria will now be governed by a chance based system of skill gain, replacing the experience based system for all core and general skills. Player character will be subject to a 600 total skill cap, 400 of which may be assigned to core combat skills.

An end to secondary and tertiary skill dependencies

We have completely removed skill dependencies. No skill relies upon another skill to be functional and effective. Through this change we have created intuitive options in building character templates whilst absolutely maintaining output & balance within the system.

At the heart of our combat changes lies a large update to our UI and combat interface. Legends of Aria will featuer a much simplified and interactive UI, built specifically to our skill and combat systems. More information on this to come.

We want unique characters to offer unique and defining player experiences. Doing so in the core choices of a character’s base skills can be problematic as this often leads to issues with balance or overly complex character choices. As Sanctuary showed, balance is achievable, yet often at the cost of the freedom to differentiate your character. For Legends of Aria, we have created a simple but powerful combat system upon a foundation of core character skills – and taken it one step further.

Legends of Aria will feature a new system we call the Prestige System. Characters may choose to adopt a Prestige Title at the cost of 200 general skill points, affording them access to specific abilities which, paired with the freedom of their character’s skill choices, creates a wealth of options to create powerful and diverse combatants.

Adopting a Prestige Title imposes no artificial boundaries or privileges to your character and has no effect on a character’s stats, skills or core abilities in any way. Instead, Prestige abilities bring an additional dynamic of combat utility, giving players additional tools to specialise their characters to further develop their chosen playstyle.

The Prestige System combined with improvements made across our combat system makes building and playing characters a entirely new and rewarding experience. 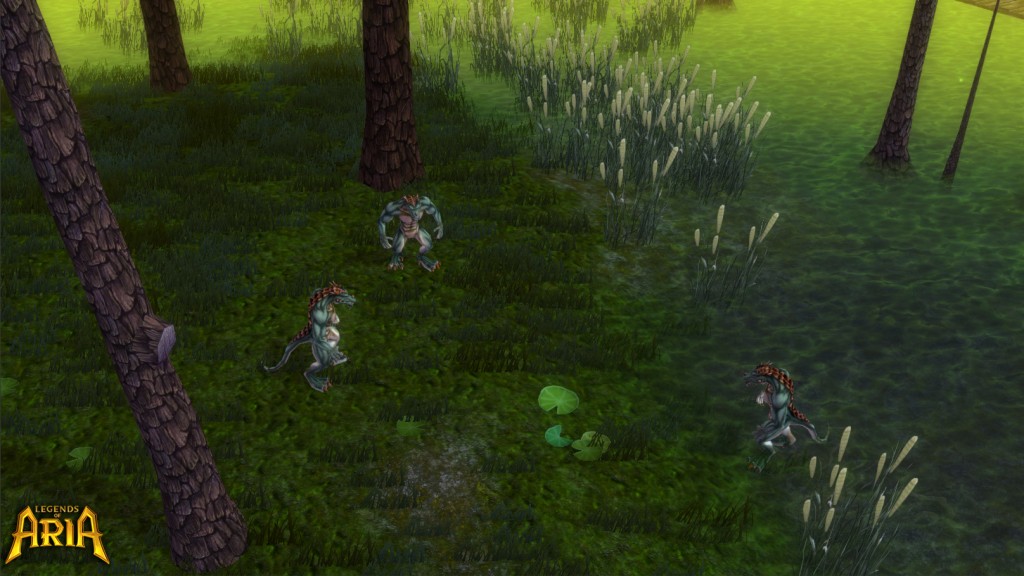