Time For an Update. A BIG Update. 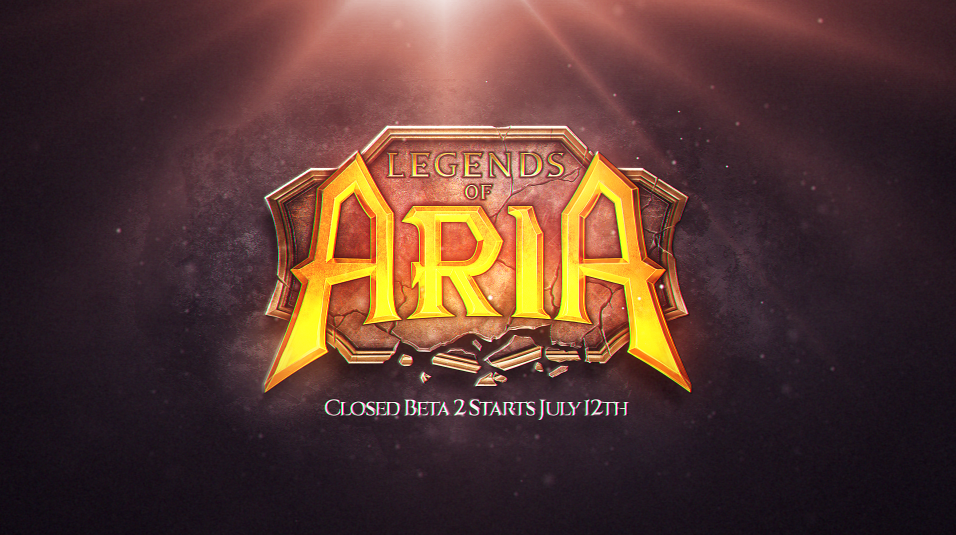 On July 12, we will be starting a new phase of testing called Closed Beta 2. It will have hundreds of bug fixes, new features, and…an entirely new look for Legends of Aria.

We’ve been sitting on this for a few weeks because…I’ll be honest, because we really wanted to surprise you. We’re as surprised as anyone, really. Something this dramatic seems like it should have taken months and an army of people, right? But that would have been a poor use of your investment in us, as gorgeous as these look. It’s been primarily the work of our artists (say hi, Austin and Tiffany!) and a bit of a hand here and there from everyone else, when they needed a short break from bugs and features. We hope you love the new graphics and that they delight you.

To celebrate this major graphics update, we have partnered with a bunch of websites and streamers, and “hidden” before and after screenshots all around the internet. The first player to find them all wins a Lord Pack. Details are here: https://www.legendsofaria.com/forums/discussion/6450/screenshot-scavenger-hunt

Here’s a starter image to whet your appetite: 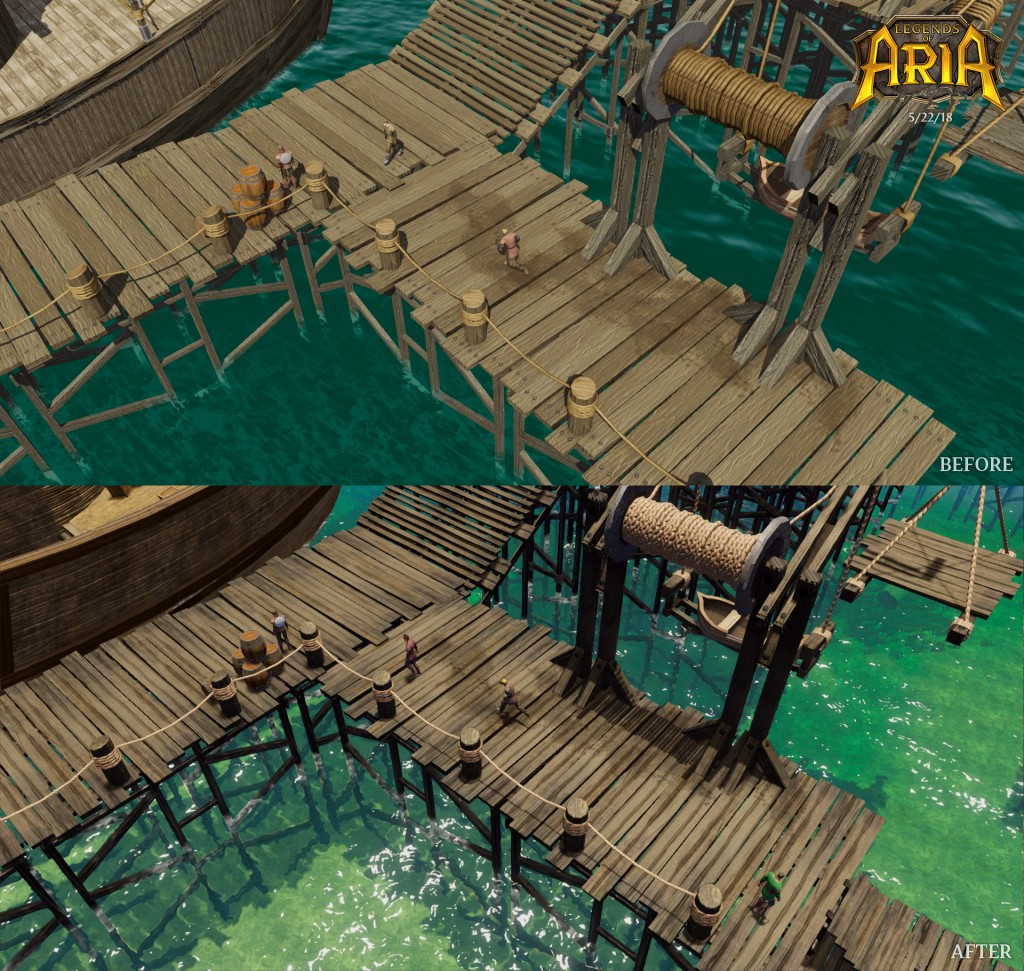 We don’t just do things for the look of them, though. The update will contain literally hundreds of bug fixes and adjustments, as well as the following new features:

* New Awakening Encounter – The Great Tree in the Black Forest

* Hundreds of bug fixes and quality of life improvements 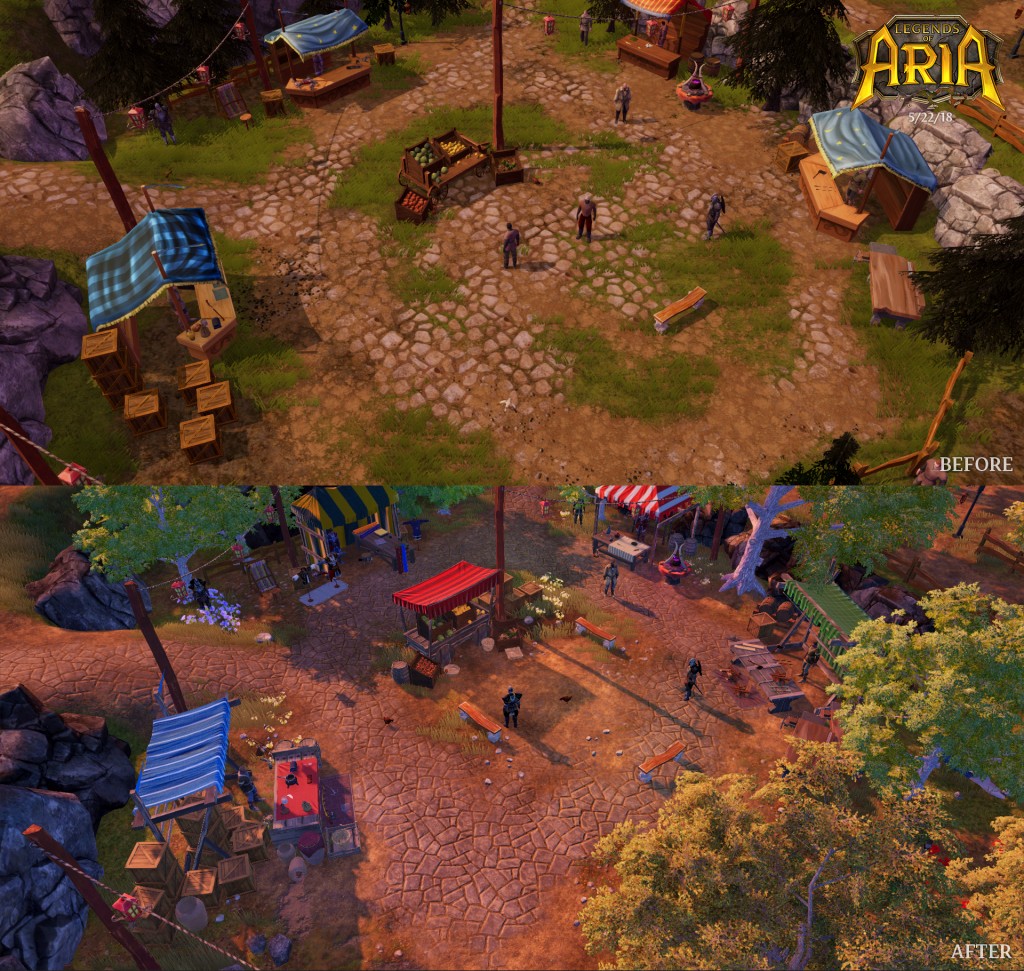 Some of you may be reading this, having not played since Closed Beta 1 kicked off. Here’s a brief summary of what you’ve missed: 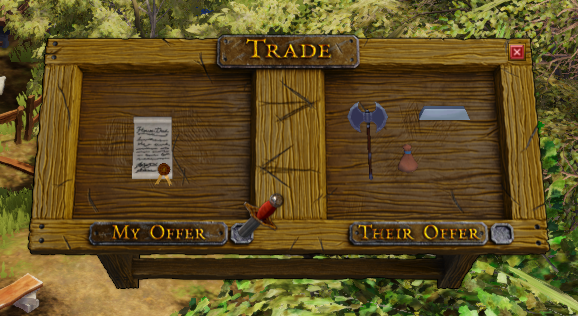 We know the Roadmap, soon to be updated, from the end of April didn’t have a Closed Beta 2. We may not have a huge team, but one of the things we do have the luxury of doing is adjusting our plans according to the feedback from our community. The data we collected from the Bring a Friend week, as well as the first round of feedback from the Guild Beta, on top of the incredible efforts of our long-time community members, came together and convinced us that we simply needed to do another major update and take more time for testing. It’s true we’d hoped to be in Open Beta testing at the end of this month. We…and most of you, if the feedback I’ve been collating is any evidence…believe the game will be dramatically better for another round of closed testing (even though as always, we welcome public comments and streaming).

We also know your first question is going to be “when’s the wipe?!” Well, we know for sure that Closed Beta 2 will be the final phase of Closed Beta testing. We may have the luxury of making adjustments, but that luxury is not indefinite. So while I can’t tell you today when the wipe will happen, I’ll be able to tell you at the end of July. But please do come to the in game Town Hall on July 13 and ask how things are going! Exact time TBD, but mark your calendars.

We are so grateful to all of you for taking the time to share your thoughts on the game so far. We will never stop telling you our plans and our process as soon as we know them ourselves.

And if you read all that, please post the reason why we added this phase of beta to this thread by 3 PM EDT Friday, and I will give ten of you a seven-day free trial key to keep or share.