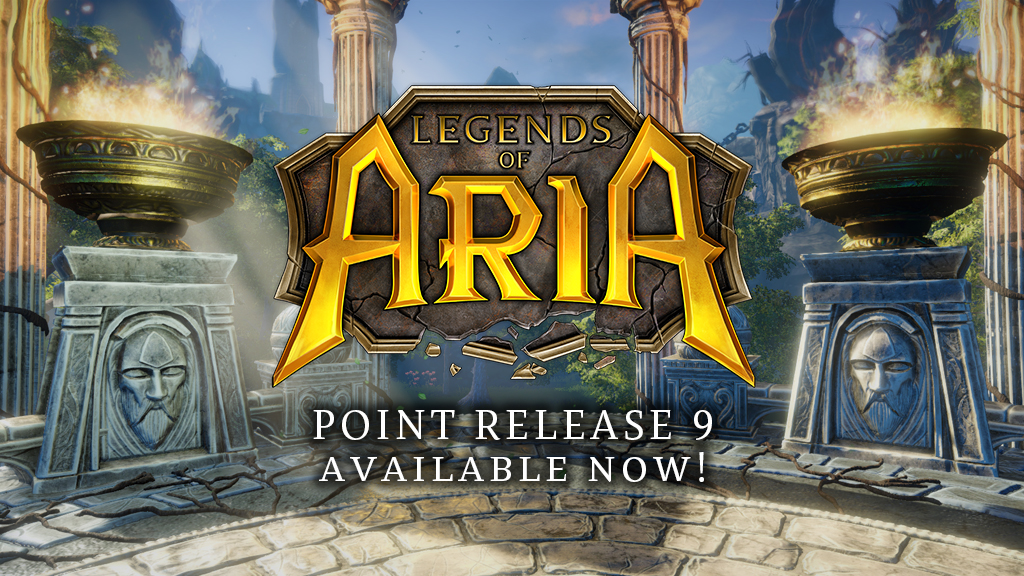 We’re pleased to announce that Point Release 9 has arrived, bringing with it some significant content additions! This point release features the introduction of Township Keeps, enhancements to our Militia System, all new Ranked PvP Arenas, a Global Grand Bazaar, all new content for our Leagues of Celador, and many more content updates, fixes, enhancements, and improvements! Read the full Patch Notes here.

A great keep has been erected just outside of Militia towns, protecting capturable Township flags. Rival Militias can construct a battering ram outside an enemy Keep, alerting Militia members to an active attack. This gives the defending Militia time to mount a defense. Control of the town is determined by the result of a battle between attackers and defenders once the Keep door is successfully destroyed. 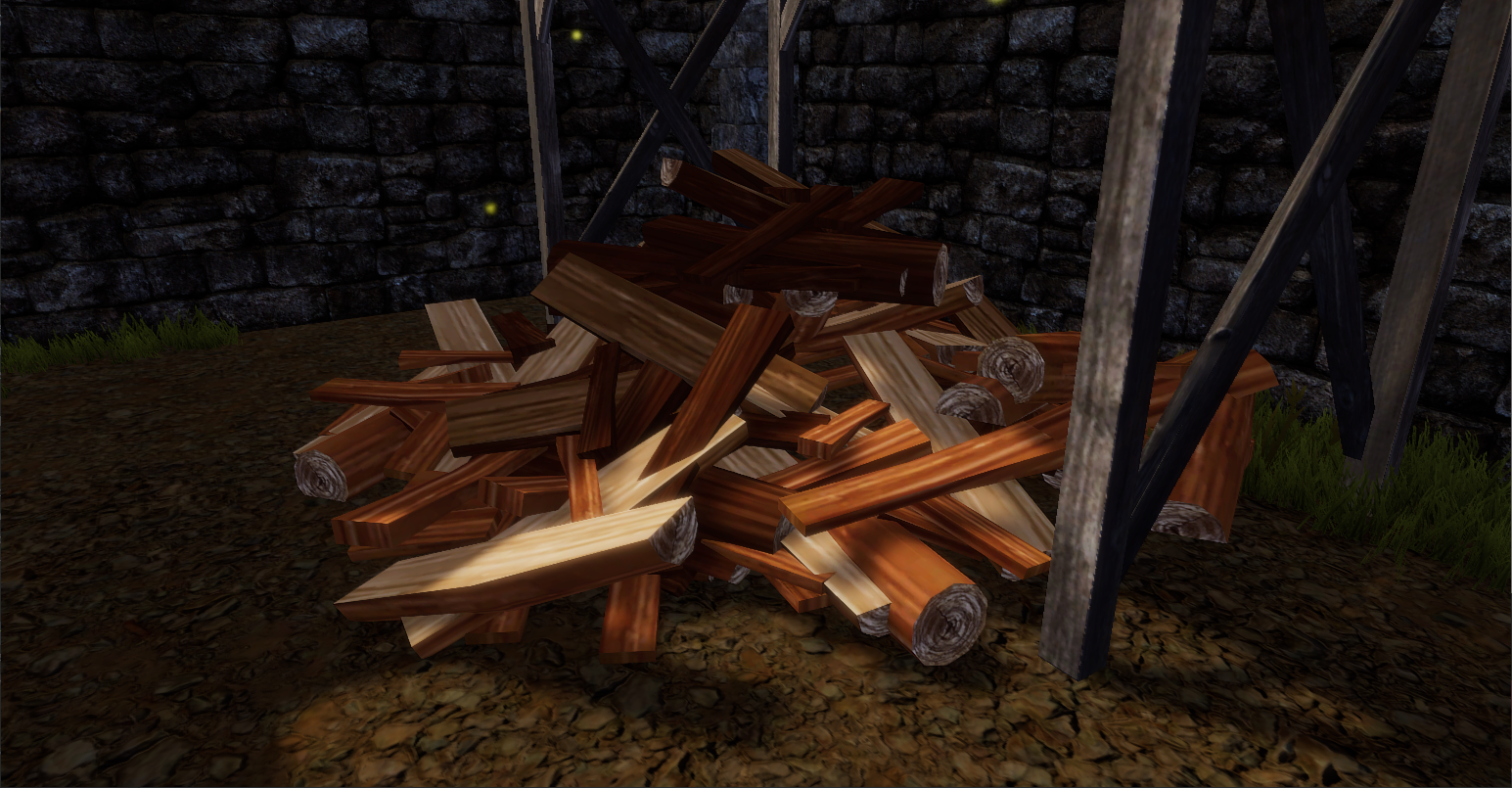 Township Keeps also introduce our first global Militia keep resource, Spiritwood. Militias can gain this resource through their hold of the Spiritwood King of the Hill. Spiritwood can be used to repair Keep doors and to construct battering rams. We will add additional Militia resources, siege mechanics, and introduce a way for crafters to contribute to their Township safety in future updates, so stay tuned for more information on that!

Other key changes are available that completely change the ways in which Militias work in Legends of Aria. One of the biggest changes includes a reimagination of our ranking system. Ranks have been reset and now, instead of having only a handful of ranks, we now have the following:

No one wants to feel like they aren’t advancing – or worse, are only able to move backwards. The new rank system is designed to be inclusive and rewarding for everyone who wants to participate. It is no longer a closed system and you will generally gain in ranks as long as you are actively engaging in militia PvP. 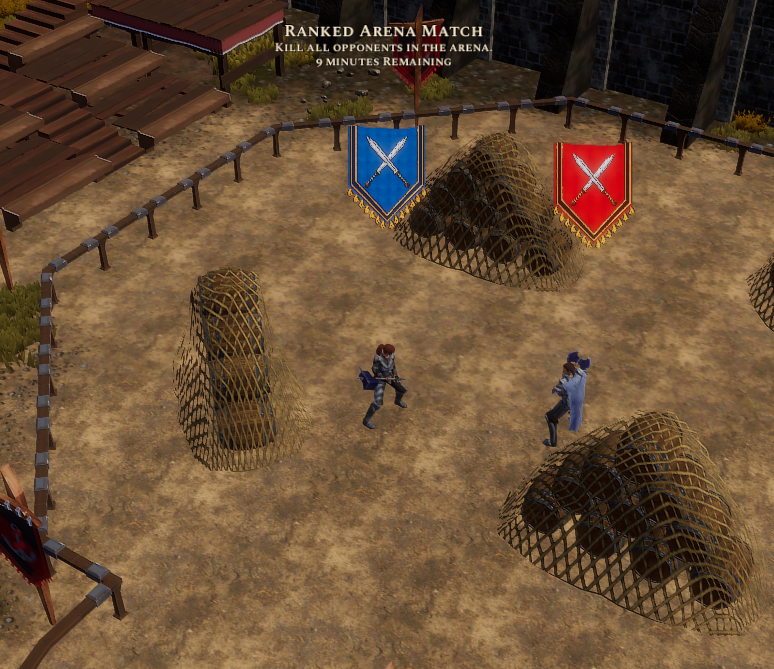 Ranked arena matches will allow players to pit their skills against other players for bragging rights and, once the ranked season ends, unique titles and cosmetics. The arena grounds are located in Pyro’s Landing and have been revamped to give players the ability to utilize line of sight tactics when engaging opponents. Vladimir the “Arena Master” allows players to organize and queue for arena matches. Arena matches come in three categories 1v1, 2v2, and 3v3 – all of which have their own ranking so that players can compete in each bracket.  Each player will start at rank 1000 in each respective bracket and gain/loss points based on the rank of their opponents and the outcome of each match. There will be different seasons, giving players the opportunity to constantly improve their skills over time as they strive to be the most prominent duelist in Celador.

The Arena will be added in Point Release 9, but players will have the opportunity to hone their skills, refine their templates, and prepare for the first competitive season when it launches in the coming weeks. 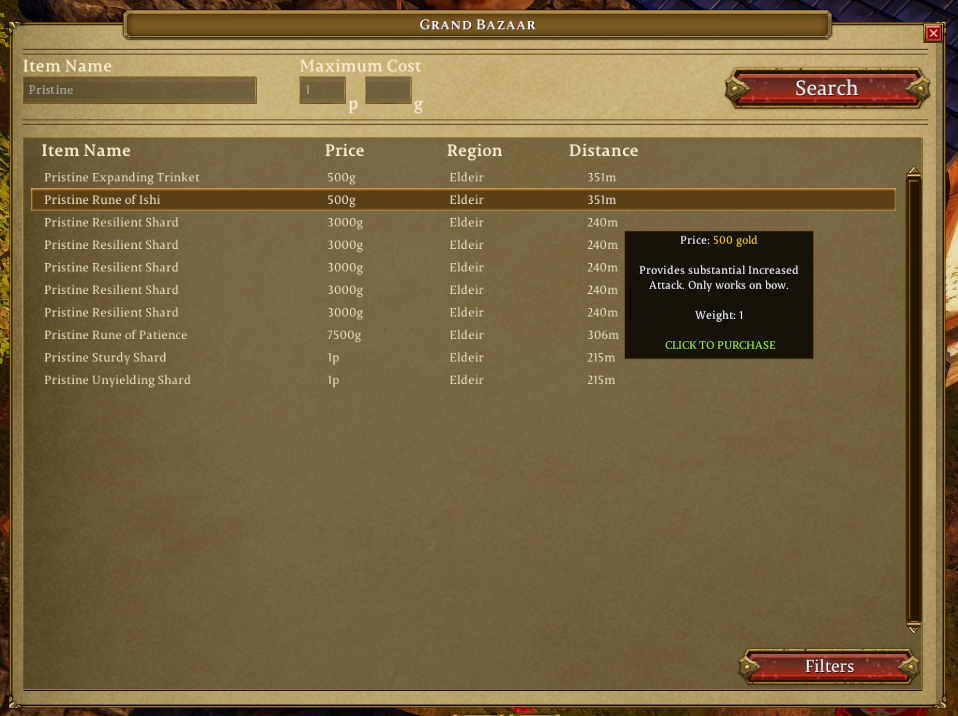 The Grand Bazaar will allow players to search, locate, and purchase all the items listed by vendors for sale in the game world. Many of our players are familiar with and even nostalgic of the process of scouring the game world to locate vendors that are selling the items you need or finding steals on items you might not.  While this style of shopping has its appeal to many players it is cumbersome and overall unenjoyable to many. However, we wanted to implement a system that didn’t entirely remove the element of traveling, exploring, and shopping. You can search for an item you’d like to obtain and purchase the item directly from a board. Once the transaction is complete, a marker will appear on your mini-map, directing you to the player vendor so you can pick up your purchase from the merchant at that location.

Scroll of the Artificer

Point Release 9 brings the all new Scroll of the Artificer to Legends of Aria, granting crafters the unique ability to craft what are sure to become the most sought after items in the game. Scrolls will drop as rewards from crafting orders, and there will be three different scrolls available: a Lesser Scroll, a Normal Scroll, and a Greater Scroll, each granting the “Artificers Brilliance” buff for a certain amount of time.If the player is the first person to craft an item set, they will have their player name registered as the “Discoverer” for that item set. Any item from that set that is ever crafter in the future will have their name listed in the tooltip!

A whole new chapter in our episodic PvE content, the Leagues of Celador, is now available in Point Release 9. All four Leagues have received updated quests, with the League of Dungeoneers moving their base to the entrance of Halls of Ruin. In addition to quests, all Leagues have received new rewards that can be purchased with favor.

Across Celador and deep inside our dungeons, more of our previous static spawns have been upgraded with dynamic encounters, public events which evolve and scale with the power and number of participants taking part.

The Charge ability has been replaced with “Relentless Hate,” which teleports the attacker to the target and stuns the target for 3 seconds.