We’re pleased to announce Legends of Aria: Dark Sorcery is now live! You can purchase Dark Sorcery via the in-game store for $19.99. All players who pre-ordered are able to hop right into the action.  Dark Sorcery expands on the world of Legends of Aria with a new dungeon, a new set of skills, a new slate of enemies, and more. You can read the full patch notes here.

Deep within the caverns of the Southern Hills lies an ancient monument, powered by an unstable magic and home to some of the most dangerous foes in Celador. Explore The Monolith, train in the ways of a dark forgotten magic, and continue your quest to become one of the most powerful beings in Celador.

Enter The Monolith, an ancient temple powered by an unstable forgotten magic that threatens to spill out into Celador at any moment. Journey through the dungeon on your quest towards its newly awakened guardian that always seems to have an eye on you. Be warned: this journey is not one to be taken alone. 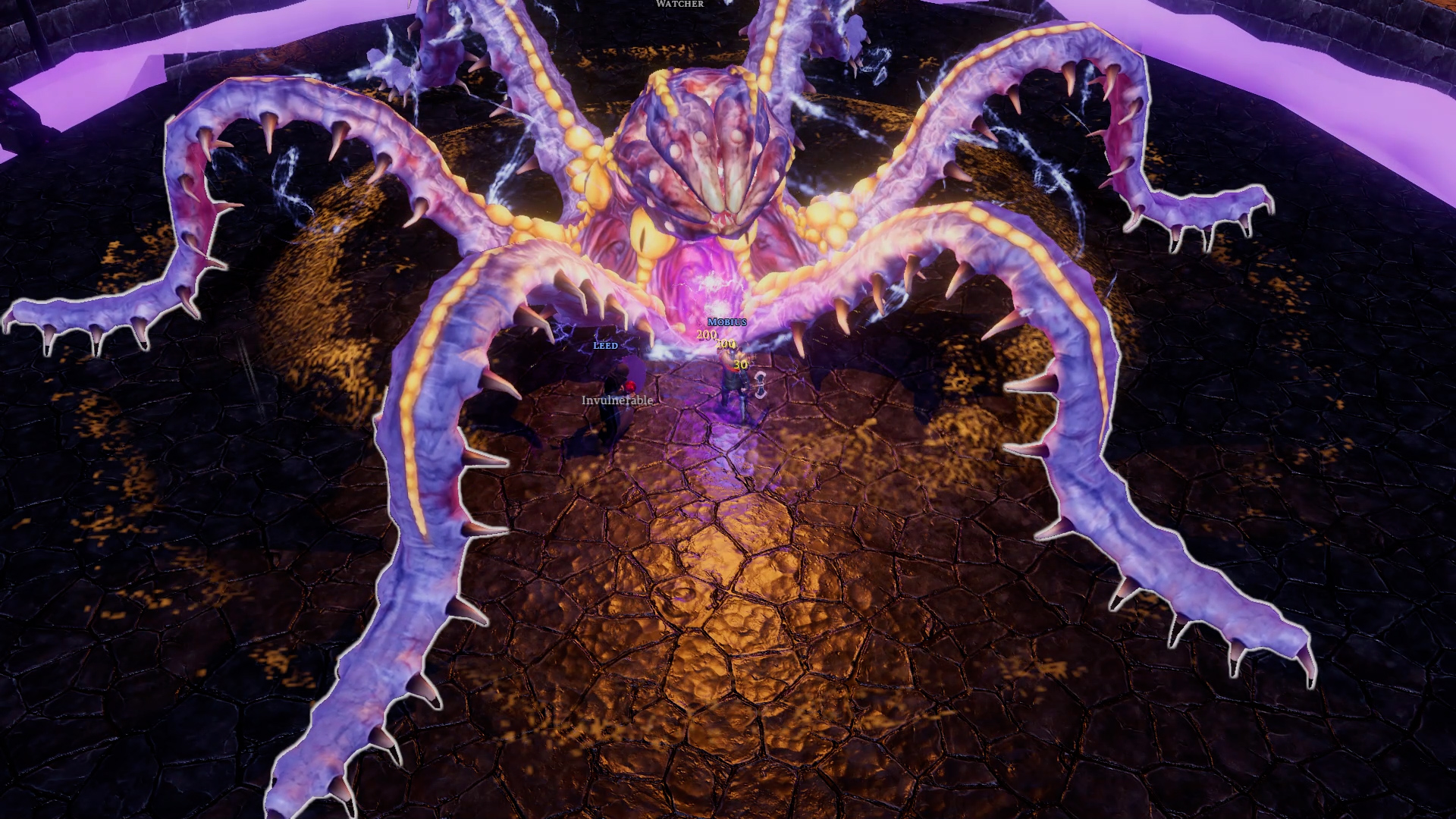 The Monolith is home to terrors the likes of which Celador has never seen. Combat a completely new race of enemies, the twisted and corrupted wardens of both The Monolith and the remaining fragments of the Echo magic contained within the Monolith’s walls.

The discovery of The Monolith has not only awakened an ancient being, it’s also resurrected an ancient magic. Learn to harness the power within with two new sorcery skills. Summon minions, manipulate their appearance and abilities to suit your needs, and work towards mastery of this dark and arcane magic.

The Monolith is filled with new treasures waiting to be uncovered. From all new powerful artifacts to new cosmetics and decorative items, Monolith adds a number of new items to Legends of Aria.